The Sandwich around the World!

Millitec have been searching to find the most popular sandwiches from around the world!

If you’re from the United Kingdom, then you’ve probably had the argument of what you call your sandwich – varying from sarnie, cobs, roll, baps… the list goes on. Putting that to one side, we’re looking at some of the most popular sandwiches from around the world – you might find yourself a new favourite.Kicking us off in New Orleans, United States of America, they have the Muffuletta. This very large sandwich consists of many layers of salami, ham, mozzarella, mortadella, and provolone cheese. This sandwich is guaranteed to fill you up.

Next is the Chivito from Uruguay, South America, this sandwich is full of churrasco (thinly sliced beef), bacon, lettuces, ham, tomatoes, and topped with a fried egg and mozzarella. The Chivito translates as 'little goat', rumoured in the 1940's a chef was asked to prepare a roasted goat, and as he didn't have one, the Chivito was created through ingredients found in their kitchen.

Heading closer to home, in Spain they have the Bocadillo de pollo, which starts off with bread which is normally sliced lengthwise and coated with mayonnaise. Following this, they add their chicken, tomatoes, lettuce, bacon, cheeses, and topped with fried onions and rocket.

Heading to Asia, they have the Katsu-sando from Japan. I’m sure we’ve all heard of a katsu curry, in Japan they have implemented the fried meat into a sandwich and finished with lettuce, mayonnaise and mustard.

Moving on to China, they have the Pork Belly Bao, this is a very popular Chinese and Taiwanese meal. The pork belly bao lays in between fluffy white buns, and is usually filled with pickled mustard greens, peanuts, and coriander. 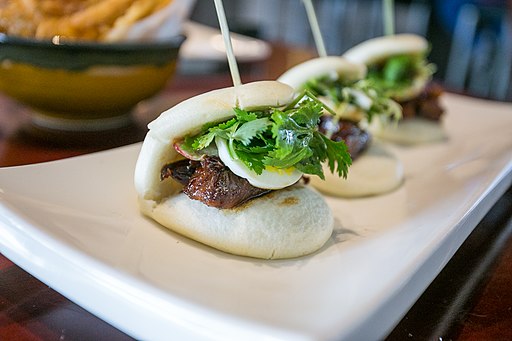 In Portugal they have the Francesinha which is a slightly messy sandwich (not one to be eaten as a quick snack). The Francesinha consists of toasted bread, sausages, cheese, beef or pork, ham, and then covered from bun to bun in a rich beer-infused tomato sauce.

If you’re still hungry for sandwich information, find out how the supermarket sandwich is created.

This website uses cookies to improve your experience while you navigate through the website. Out of these, the cookies that are categorized as necessary are stored on your browser as they are essential for the working of basic functionalities of the website. We also use third-party cookies that help us analyze and understand how you use this website. These cookies will be stored in your browser only with your consent. You also have the option to opt-out of these cookies. But opting out of some of these cookies may affect your browsing experience.
Necessary Always Enabled
Necessary cookies are absolutely essential for the website to function properly. This category only includes cookies that ensures basic functionalities and security features of the website. These cookies do not store any personal information.
Non-necessary
Any cookies that may not be particularly necessary for the website to function and is used specifically to collect user personal data via analytics, ads, other embedded contents are termed as non-necessary cookies. It is mandatory to procure user consent prior to running these cookies on your website.
SAVE & ACCEPT